Be Inspired By Plant Based Athletes 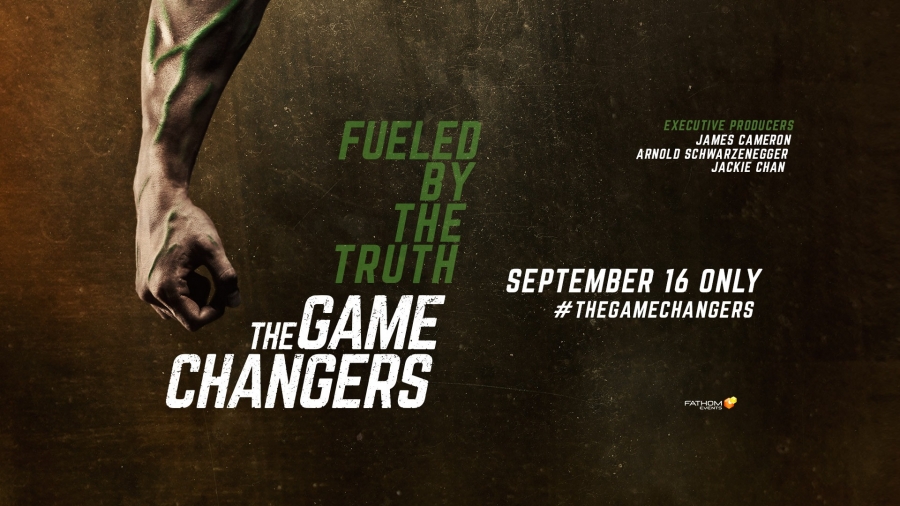 The worldwide release date has been set for the groundbreaking documentary the Game Changers. On 16th September 2019 the movie will be in selected cinemas worldwide. James Wilks is a Combatitives instructor for the US Military, as well as a former UFC Fighter and has been working on bringing his movie ‘The Game Changers’ to fruition for many years.

Now after many years in production the worldwide release is finally here, and he has brought on some heavy hitters as Executive Producers of the film including James Cameron, Arnold Schwarzenegger, Jackie Chan, Lewis Hamilton and Novak Djokavic!!. When James Wilks got injured in 2011 and had a 6 month break from training he started doing intensive research into nutrition and how to fuel the human body and came across a study about the Ancient Roman Gladiators and how they eat little or no meat.

James decided to fly  to Austria to meet the researchers who made this discovery and left convinced that the gladiators, known at the time as Hordearii, or “the Barley Men”, really did train and compete on a plant-based diet. This shocking discovery launched a five-year quest by James for the Truth in nutrition, He travelled to four continents to meet with dozens of the world’s strongest, fastest, and toughest athletes, as well as leading experts on athletics, nutrition, and anthropology. What he discovered on his quest was that a 100% whole food plant based diet can fuel optimum human performance and health and even change the future of the planet itself.

Following on from the other superb documentary ‘From The Ground Up’ That also goes into detail with interviews and footage of many Vegan bodybuilders and athletes it is clear to see there has been a huge shift in the views on nutrition of high performance athletes to embrace a plant based lifestyle for improved performance and recovery.

On the 16th September 2019 the Game will Officially be Changed :)