Recently World’s Strongest Man competitor Robert Oberst guested on Joe Rogan’s podcast, the Joe Rogan Experience,  and while the conversation hit a wide range of topics including deadlifting and (of course) psychedelics, it also covered veganism. Rogan regularly interviews proponents of both vegan and carnivore / omnivore diets, so when Oberst said there are no vegans in strongman, Rogan knew there were exceptions. Although Joe's interviews with Rich Roll, (Vegan ultra-athlete) and John Joseph, (Vegan Proponent and author and former Lead for Punk band Cro-Mags) were both respectful and insightful interviews, it has always been clear that Joe has major issues with Vegan / Plant Based lifestyles. In a recent interview with Russell Brand he told Russell clearly to give up his 100% plant based lifestyle.

About one hour and 57 minutes into the video, Rogan brings up the strongman diet. He asked Oberst, “What kind of diet are you guys on?” Oberst responded, “We all basically eat the exact same thing, a ton of meat and rice, and we do a lot of peppers.”

Joe Rogan couldn’t even remember Patrick’s second name and then went on to talk absolute nonsense and false facts for about 6 minutes, he actually couldn’t even remember Patrick’s surname and all the info they discussed about Patrick was incorrect. Joe then mentions the new documentary produced by James Cameron and Arnold Schwarzenegger about the benefits of veganism on health and performance. Baboumian is heavily promoted /or his feats in the film.

In his response video, Baboumian lined up all of his accomplishments and talked through his Wikipedia page: “Okay, Robert. Let’s take a look at some of these world records that I set in my backyard!” Watch Video here; 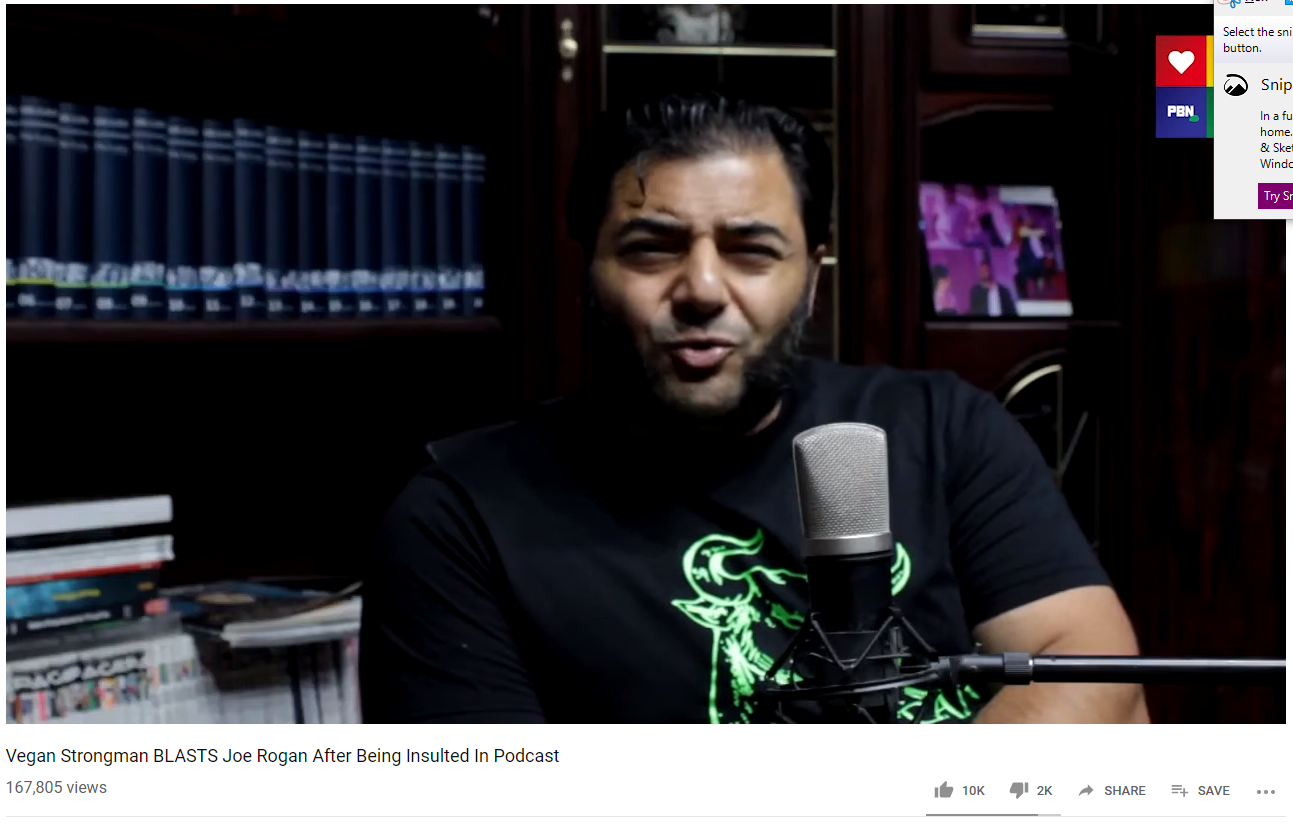 He then went on to show a few world records from different events, including his 2012 Guinness World Record Front Hold of 20kg for 1 minute 26 seconds, and then his 2013 and 2015 Guinness World Record Yoke Walks: 550.2kg for 10 meters and 560kg for 28 seconds. It’s fair to say Guinness has pretty high standards for their records.

It’s clear Baboumian was far from amused by his mention, and Joe Rogan needs to get his facts straight as he is using his use audience to put so much incorrect information and he really does seem to want to blast Plant Based athletes at every opportunity, but he is a proponent of hunting so this isn’t a surprise.