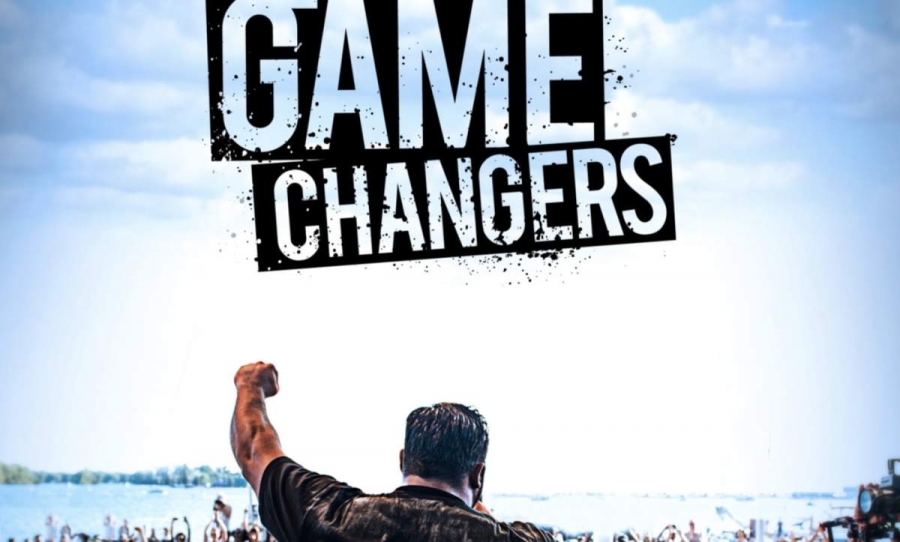 I have been looking forward to watching the Game Changers for a few years now, ever since I heard an interview on the Rich Roll Podcast with former UFC Fighter James Wilks. James discussed his idea to make the documentary and back then he couldn’t have imagined how it would grow to have the plethora of big names behind the production. When James was competing in the UFC he got injured in training and had a 6 month break from the sport and during this time he started researching nutrition to assist with his recovery from injury.

He came across a scientific study that highlighted how the original gladiators, eat mainly plant based, and they didn’t eat any meat. This influenced James try plant based foods and he found he had better recovery and could perform much better in training, this in turn influenced  him to go on a  journey to interview and connect with plant based athletes around the globe. This is where the main storyline of the Game Changers unfolds and James follows endurance athlete Scott Jurek on a world record attempt as well as strongman Patrick Baboumian on one of his world record feats of strength, and numerous interviews with several high profile athletes and sports people.

As well as a line-up of elite athletes, the film also features interviews with over fifteen renowned medical doctors, and refers to several reputable scientific studies. As you would imagine with a production team that includes people like James Cameron, Jackie Chan, Arnold Schwarzenegger, Novak Djokavic and Lewis Hamilton this is an extremely well put together documentary and is set at a pace that keeps the viewer engaged right through to the end. The premiere on 16th September included some additional scenes after the credits finished at the end with more high profile athletes that weren’t in the film and there is already a rumour that there will be a Game Changers 2 in the future.

The aim of this ground-breaklng documentary is to highlight that elite athletes do not need animal products to perform at their best and to provide a solid answer the common question ‘Where Do You Get Your Protein from a diet consisting only Plants?’. The film delivers in every department and is extremely well done, I felt some of the interviews after the credits finished could have been included in the film but I can understand that they only had a certain amount of time for the film and there is already an abundance of exceptional interviews and footage in the film.

The Game Changers, which is currently ranked as the number one bestseller on iTunes pre-order, and if you can’t get to one of the encore cinema screenings we highly recommend ordering the digital version. Since I watched the screening last Monday I have had the opportunity to speak to some people who are not eating plant based already who have watched the film, and the response from everyone so far has been one of a bit of shock, because you really can’t discredit the interviews, stories and evidence put forward in this film.

James Wilks and the entire team have produced an excellent film that I feel will definitely be a Game Changer, I am looking forward to the feedback from the non plant based athletes who watch the film.